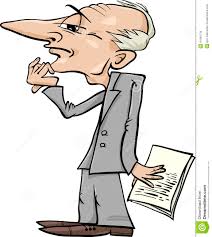 I once saw something written that made a lot of sense to me, “Change is inevitable but growth is optional.”  Pretty profound …….which got me thinking.  In BBQ, consistency is the key to success, so what’s a guy like me supposed to do when consistency is not exactly in my wheelhouse? I’ve been accused of many things, and by accused I don’t mean in the legal sense…..at least not yet.  I still don’t know how the goat got into my friend’s apartment, and until the statute of limitations runs out, that’s my story.  I had the pleasure of visiting some friends at Dothan’s Porktoberque 2016, and let me tell you, it was a nicely attended event.  There were some RV’s that had more square footage than my first 3 apartments combined.  As I was walking around visiting with folks, I saw many working their entries just like I’ve seen them do on many other occasions.  Others, well they were going renegade and doing something different.  This got my brain to rolling and pondering this question:  When it comes to consistency, how many different types of BBQ cooks are there?  I’ve come up with three.  There is the Rock Solid Rock Star.  They cook the same way every time.  You know the type.  These folks get their pits going at the same time, cook the same weight of meat in each category, use the same techniques, and probably are wearing the same shirt, the same shorts, and the same pair of underwear at each competition.  The word ‘militant’ might be used in hushed tones when describing this group; however, these folks tend to do quite well.  I won’t mention any names, but I’m sure a few come to mind.  Next, we have the That’ll Do Dude.  These are the folks that cook their meats in a pretty similar fashion to the last time……maybe, and they more than likely will experiment at the competition figuring, “What the heck.”  These folks dress in whatever they could find and probably have several different styles of underwear, maybe clean/maybe not.  They win some and they lose some.  Lastly, we have the Banzai BBQ Brigade.   Now, this is the category a few wild ones will fall into on a regular basis.  These are the folks that no matter how well they did at the last competition will do something completely different.  It doesn’t matter if they got grand or drug up dead last behind the guy that turned in hairy ribs and green pork.  These folks are as consistent as flatulence following a questionable breakfast burrito.   They cook meats from different vendors, they could be dressed in drag, and it is up in the air as to whether or not they even own/wear underwear.  These are the ‘interesting ones.’  We all know someone that fits in each category, and that’s OK.  If the whole world was vanilla, there would be no room for Guinness ice cream, and yes that’s real.  I’ve made some, and it’s delicious.  In short, go out, do the best you can, and most of all have a great time supporting good ‘Q’.  Y’all take care and Riley says, “Hello.”
Jeffery
Posted by Grandpa's Pride BBQ at 4:40 PM