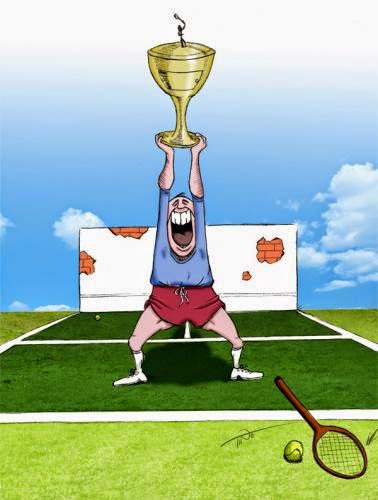 I seem to recall there was a pretty popular book that started out, "It was the best of times, it was the worst of times."  Seems to me like someone knows a little something about the rough and tumble world of competitive BBQ.  Since my last literary diatribe, Team Grandpa's Pride has competed in two events.  The Marianna Arts Festival and the Tri-State BBQ Festival.  To say it was two sides of the same coin would be an understatement.  In Marianna, we basically blew chunks and got a DQ in our ribs for some 'follical enhancements' that made their way onto our rib entry.....in other words we had some hairs of some type get onto our ribs somehow.  Se la vie as they say in the land of the french fries.  It's not always about proving a point as it about taking it on the chin with class.  Marianna was more of a shake down cruise since we hadn't competed since Perry in December.  I'm glad we did.  While we may have finished dead last in Marianna, it was a good practice for the event in Dothan.  My grandfather, always the optimist, had some good advice about the competitions, "Well, if you finished last in Marianna, you can't do any worse in Dothan."  True and valid point.  Of course that's sort of like saying, "Well you don't have TB but you do have gangrene of the Medulla Oblongota."  See my point?  While we drug up the rear in Marianna, we finished 11 out of 29 in Dothan with two call outs.  Not bad....not too bad.  Congrats to Big Kahuna for taking Grand and B&T for RG in Dothan.  Big Kahuna also took GC in Marianna. Our Friends at Q-Fused got 1st in Pork.....which was nice.  I got to hang out with B&T a little in Marianna.  Very nice people and pretty darn good at the 'Q'.  In the course of these two diametrically opposed events we learned many things:  1)  You have to turn the t.v. antenna to the north to get the Price Is Right to come in clear. (2) Never mess with a style or recipe in a competition.  That is not the time to tinker.  (3)  Remember #2 because I have said it before.  (4) There is a fine line between being too close to the port-a-potties and too far.  Just saying.  (5)  BBQ people are really great people.  (6)  Never give up.  (7) Never eat questionable cheese.  Of course, we had Shangri-La at the competitions which made life a good bit easier.  We keep improving and will one day be a powerful BBQ force to be reckoned with.....sort of like North Korea only without all the weirdness and family assassinations.  The weather was great at both events and we had a really good time.  Back-to-back events aren't as hard as I thought they would be.  I mean after all, I got to work 5 days a week and that is back-to-back-to-back-to-back-to-back right?  As for hanging out and I don't mean in the Pee Wee Herman sort of way, I got to spend some time with Forrest Dilmore and Q-Fused BBQ.  Q-Fused said they found us a hair net for us but lost it.  I hope they find it.  I have a special spot on the outside of the Frankensmoker Mk. 2.2 for it.  I will display it with pride.  That's how I roll.  As always, Sherri was very supportive of our team's efforts.  So with all that said, there is a new FBA event this year in Panama City.  It will be the weekend after the Bainbridge event.  I guess I'll need to get my tramp stamp put on my lower back.  That's a lot of ink folks.  Maybe I'll just get 'born to bbq' tattooed on my chest in those latin looking letters.  Then again, maybe not.  I can just see it as I get older and flabbier, it will morph from 'born to bbq' to 'born a boob' and no one needs that.  Y'all take care and Riley says, "I'll be danged, he can win some."  Stupid mutt.   Also, Easter is upon us and hope everyone takes a moment to remember the reason for Easter:  The resurrection of our Lord and the gift of Salvation brought to us by Him.  Y'all take care.
Posted by Grandpa's Pride BBQ at 7:26 PM