Praise the Lord and Pass the Sauce. 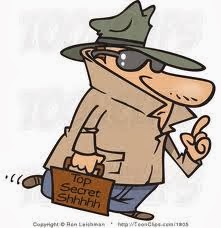 Since the dawn of time, or at least shortly all the crap settled down, man has sought perfection. It usually starts with, "Honey, where did I leave my perfection?  Yes, I checked in the closets.  If I remembered where I put it I wouldn't be asking you pookey!"  We totally screw it up of course, but we seek it none the less.  By perfection I mean the perfect 10,the entire Sport's Illustrated Swim Suit Edition (the one with the painted on swim suits), the perfect day, the perfect chip shot, the perfect whatever you want.  Man as a species has discovered fire, the wheel, domesticated animals, McDonald's Drive Thru, and 282 channels on t.v.  You would think we would have some cohesive ideas on what BBQ should be.  In the wild, weird world of BBQ, perfection often comes in a 12-16 oz. bottle filled with a deep mahogany or crimson colored bit of thick, liquid goodness, speckled with all types of things we simply call, "The Sauce".  Just the hearing the term, "The Sauce" conjures up just as many different ideas as to what makes good sauce as there are tough pork chops in army mess halls (I've eaten in army mess halls when I was in the air force.  I know of what I speak).  I mean you have a heavy vinegar sauce from North Carolina, mustard sauce from South Carolina, a Sweet Sauce from Memphis, and a savory sauce from Kansas City.  And this is just in the south.  Don't even get me started on that stuff from the foreign lands of the Philistines called the West Coast.  In the South, we are and will remain a diverse culture.  To be honest, by diverse culture I mean we like fighting.  We will fight over religion, racin', and 'restling, our favorite SEC football team, the Crimson Tide of course, whether one sock is longer than the other, whose turn it is to milk the goat, and in defense of our beloved mama's.  Heck, sometimes we fight because the cable went out and there's nothing else to do.  However, when it comes to our BBQ sauce, you are opening a whole big ol' container of lashed posterior.  Take the sauce I currently make.  My grandfather gave me the original recipe shortly after my grandmother passed away.  When he gave me the recipe he made me promise, and I'm not lying or remotely exaggerating, that if my wife and I split up I would be sure to get the recipe back.  "Gee Jeff, sorry to hear you and Sherri didn't make it....that's really tough....what are you gonna do ya know......by the way did you get the recipe back?"  At first I was a bit surprised at his odd request. I mean if it came to the point Sherri was not in my life, my world would be upside down and a wreck, but he would be worried about a BBQ sauce recipe.  Many years have passed and I now realize what he really gave me.  It wasn't simply a BBQ sauce recipe written on a piece of paper, but it was a small piece of the life he shared with my grandmother for over 50 years.  This was a recipe she put together when they ran a little hot dog stand in Enterprise, AL forever ago.  He tells me stories of how people would line up just for their BBQ sandwiches.  It was hard work, but they did it together.  Day in and day out, and this was the bbq sauce recipe they used.  I still have the original paper and pencil version my sister wrote down for me.  It is safely locked away to be sure, and if something happens to me I will leave instructions to burn it like the old codes you see on the James Bond movies....the ones with Sean Connery not Roger Moore.....Roger Moore sucked.  Moonraker.......really.....that's the best you can do?  Yes, I have modified it somewhat, but you know what, my grandfather likes it.  Sherri and I are working on a plan to become billionaires via the sauce.  Maybe a bit high of a goal, but hey if I come up short I'm still a millionaire.  That has to count for something.  I've tasted other sauces made by pretty popular BBQ joints.  Some are good, and some are not so good.  That's the beauty of the sauce, one man's meat is another man's meat covered in a tangy, ooey-gooey, finger-sucking, running down your arm, staining the shirt and pants you are wearing, rub in your eyes and make you cry, slap the table 'cause it's so good........sauce.  One day I will shake of my mortal coils and be rejoined with my grandmother and in all probability my grandfather (he's still going strong thankfully), and I'm sure the first thing out of his mouth will be, "Good to see you son....you'll really like it up here.......lots to do......the Guy in charge is great......by the by......where's the recipe."  Y'all take care.  Tell the ones you love that you love them, and then tell them again.  Oh and Riley says hello....he's licking himself but still say hello.  Who wants kisses?
Posted by Grandpa's Pride BBQ at 10:12 PM