The Trials And Tribulations of the Trailer Part 2 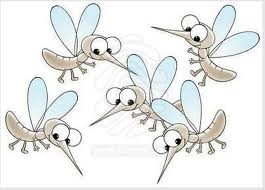 So I'm sitting here in Bainbridge, GA at the first annual Smoke Under the Oaks BBQ competition in our new, victory red trailer with the a/c blazing away, my brother sleeping on the futon, and Jimmy Wayne asleep under the table.  Don't ask why, but it has something to do with it being his 'den'.  This last week has been a flurry of activity to say the least. Jimmy Wayne and I drove to Willacoohee, GA to pick up the trailer last Friday, and it has been none stop since then. With all the help with plumbing, flooring, cabinetry, and furnishings, my father-in-law and brother have been quite productive. This is the same Baptist Preacher father-in-law that Baptized me many years ago. We (they) still laugh at how he kept me down through almost two full verses of the hymn "Just As I Am", and it took the chairman of the deacons and minister of music to wrestle his grip from my head so I could get up. He claims to this day I needed 'extra' cleansing. Sad part is, he was probably right. We're past that now which makes Thanksgiving easier although I must admit I still get twitchy when I hear that hymn.  I digress.  He was a great help as always. While some artists work in oils, clay, marble, or garbage, this man is an artist with CPVC, and he can make a junction like no one. To say it was hot and muggy would be an understatement, at least that's what the ostrich wearing a top hat and monocle said.  I do believe I had heat-stroke induced hallucinations, an aneurysm, an embolism, dehydration, gatorade intoxication, whooping cough, and gangrene of the toes.  I did lose a pinkie toe nail when it got caught on a vent in my crocs.  Luckily, I have the intestinal fortitude of 10 average 3rd graders, so there were no tears. It's how we roll in the rough and tumble pro BBQ world. With the perserverence on the level of NASA, we were able to get 'the trailer' functional enough to take it to the competition.  So now we are sitting in the trailer at the Smoke Under the Oaks BBQ Competition in Bainbridge, GA, and by sitting I mean me as the other two are sleeping (refer to top of post). For a first year event, I have to say the organizers have done a great job.  From the Low Country Boil to the entertainment and facilities, and all the gnats one cared to eat, it has been great so far. We did have a minor plug compatibility issue that was thankfully resolved by my brother's tenacity which averted a major crisis.  In all honesty, I may have had a small snit which I will blame on the heat, the gnats, and a steadily dropping blood sugar level.  It was great to see people and teams I have gotten to know. Great teams like Q Fuzed, Forrest's Fine Foods, Cook's Portable Smokehouse, and Poolside BBQ are always nice to see and speak with.  Great people all around. The calibre of teams participating was impressive and the scores were close; however, we may have, how to put it in gentle terms............sucked. 35 out of 42. Not what I would call stellar, but we did continue to add to our experience base.  All in all, we had a great time and look forward to Porktober Que in September which means we have more time to practice.  One final thought, while the a/c was nice, it seemed to separate us from the other teams which caught me by surprise. I missed talking with and hanging out with the others. Guess I will have to learn to balance that next time. Y'all take care, and Riley says hello.  By the way, I recently had the opportunity to eat at a couple of BBQ establishments in the greater Birmingham area. I guess it's true what they say:  "No one's BBQ is as good as your own."  Night y'all.
Posted by Grandpa's Pride BBQ at 10:24 PM No comments: