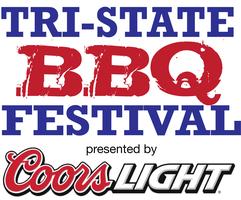 So I'm sitting her in a camper surrounded by sleeping teammates wondering if I should order the Hits from the 50's and 60's showing on the t.v.  Yes, we have a t.v. And it is connected to the Internet for Hulu Plus and Netflix.  Come on, it's not like we are savages. Of course we had some trials early on such as my case of Ebola which probably is just another sinus problem, we somehow broke the pit probe to the BBQ Guru, my teammate stabbed himself (not here) in the arm which I'm sure brought A LOT of questions at the E.R., and we had some trouble getting stuff moved around due to improper wheels on equipment which will be remedied shortly.  On the pit probe, we were fortunate to have Mr. Cook of Cook's Portable Smokehouse BBQ who had a spare pit probe he was so very kind to loan us. Otherwise, I'm sure we would have pulled some McGyver maneuver to make it work.....that or just go to a bar and drink whilst downing raw oysters. Given my recent spat of unfortunate luck, the oysters would probably land me in the hospital where I would take up the fun hobby of counting the tiles on the bathroom floor, over and over and over.  Alas, the world is still full of good people so we persevered onwards. The weather is great and so is the company, and by company I mean the guys sleeping all around me. Robb offered to spoon with my brother Keith. It was a funny yet uncomfortable moment until we realized Robb was kidding, at least that is what we are telling ourselves. Hey, whatever it takes to get through the night right?  There are 28 pro teams and 20 backyard teams, and the festival is competing against the Toadlick Music Festival. I'm assuming the title has nothing to do with hallucinogenic amphibians......I could be wrong. The Frankensmoker Mk. 2.1 is plugging along nicely so far and I have yet to be lynched by the team; however, the night is young. Apparently, I have some 'control issues', but I still say they are plotting a coup.  The air is thick with the sweet smells of some good BBQ getting cooked. That and a few people who are conversing with someone who must be deaf. All in all, it is a great time so far. Tomorrow morning will be a flurry of activity as we try to get everything prepped and turned in. We have started a tradition of having a picnic with family and friends. Sherri is making her Krispy Kreme Doughnut Bread Pudding and we will eat the rest of the BBQ that doesn't get turned in. It is a good way to kill the time before awards. Not that I'm greedy but I want to win it all. Now if you will excuse me, there is an infomercial on t.v. a
bout a new miracle drink that I need for five easy payments of $19.95 but if I order now, I get extras. It's on t.v. so it must be true. Got to have priorities right?  By the way, Riley says hello.

UPDATE:  Congratulations to Bubba-Q BBQ for taking Grand Champion and Haulin' Butt BBQ for Reserve.  We finished 21 out of 39 at the Tri-State BBQ Festival.  I have included pictures of two of our turn in boxes.  Statistically, we did better than in Elba but no call out's for Dothan. We have Marianna this upcoming weekend, so if you want to have some fun, come on out to Citizen's Park Lodge on Caverns Road.  See y'all there. 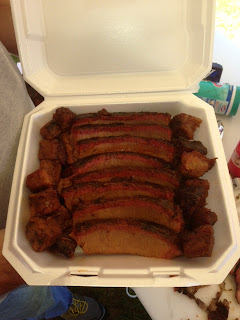 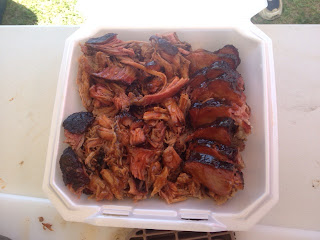 Posted by Grandpa's Pride BBQ at 5:30 AM